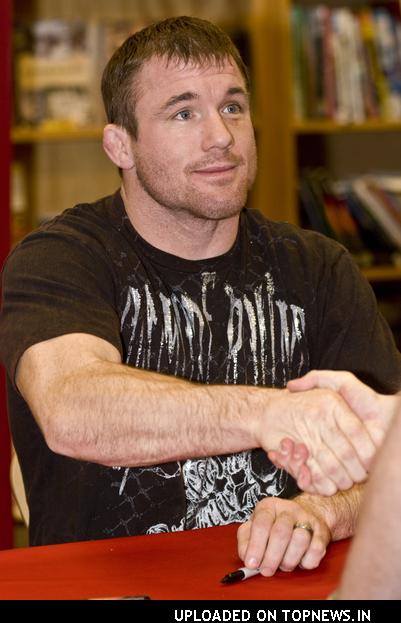 We were very fortunate to host UFC legend Matt Hughes at K2 Martial Arts in Ottawa Ontario Canada.  Matt Hughes is an UFC hall of famer, former two-time welterweight champion. Matt Hughes has successfully defended his welterweight title a record setting seven times.  During his rein as UFC champion Matt Hughes was widely considered pound for pound the best fighter of his time and is now in contention to being remembered as one of of the best of all time.  He holds victories over many  great fighters such as Carlos Newton, Renzo Gracie, Matt Serra, Sean Sherk, George St-Pierre, and Royce Gracie too name a few.  When visiting Ottawa Matt hughes conducted a special MMA(Mixed Martial Arts) seminar at K2 Martial Arts.  This exclusive class was limited to a lucky 50 participants who were treated to first hand knowledge from one of the sports greatest competitors.  Matt Hughes is a great competitor and champion, but on this day he showed a different side to his persona, the one of being a great family man and coach.  He was so patient and thoughtful, he made the rounds connecting with each student on a personal level.

In this video you can see Matt Hughes grappling with students from K2 Martial Arts.  What a treat to see this amazing athlete in action.

As you can see Matt was extremely relaxed and so approachable.  We are tremendously grateful that Matt took time to visit the nations capital and share his incredible experience.